Report Launch: Negotiating the Peace: Diplomacy on the Korean Peninsula 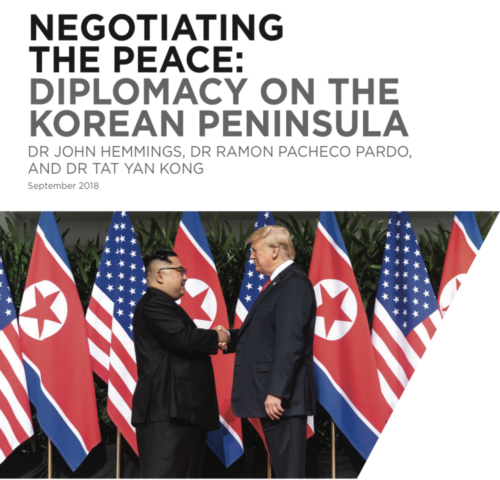 The Henry Jackson Society is organising the launch of a HJS Report on Negotiating the Peace: Diplomacy on the Korean Peninsula, by invitation of Sir Geoffrey Clifton-Brown MP, with the Ambassador of the Republic of Korea Park Enna in attendance, and in collaboration with Kings College London and the School of Oriental and African Studies.

The past 18 months have seen an immense amount of economic, diplomatic, and even military activity relating to the Korean Peninsula. The development of a North Korean nuclear weapons system capable of reaching the US mainland – and thus potentially cancelling out the US nuclear umbrella over South Korea – has led to a strong campaign by the Trump Administration to deal with the issue once and for all.