3rd Brussels Korea Breakfast Roundtable: Where do we stand with North Korea? 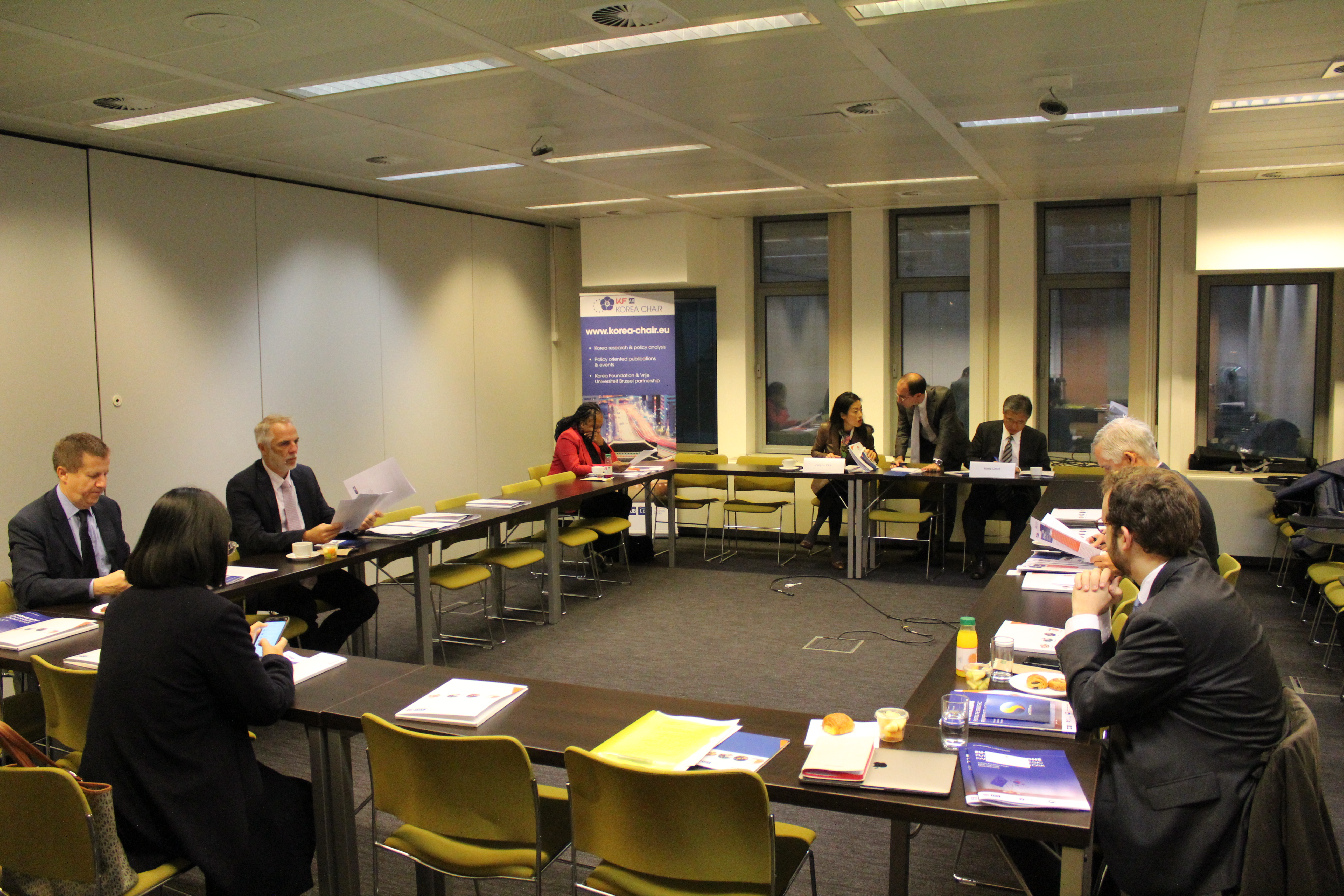 A closed-door roundtable discussion organized by the KF-VUB Korea Chair on “Where do we stand with North Korea?” was held on 24th October 2018.

Two experts briefly introduced their viewpoints on the current state of play of US-North Korea relations and inter-Korean relations. Dr. Jung H. Pak, SK-Korea Foundation Chair in Korea Studies at Brookings Institution, discussed the American perspective on relations with North Korea. From 2014 to 2016, Dr. Pak served as a deputy national intelligence officer at the National Intelligence Council in the Office of the Director of National Intelligence (DNI). Dr. Kang Choi, Vice President for Research at the Asan Institute for Policy Studies, assessed the South Korean perspective on developments in inter-Korean relations. Dr. Choi is serving as a member of the advisory council for the Office of National Security.

The breakfast meeting is organised semi-annually and is the third one in a series of roundtable discussions on Korean Peninsula affairs. An expert is invited to speak about the current state of affairs of the Korean Peninsula after which the floor is opened for Q&A. Attendees include officials from EU institutions, NATO, member state representations to the EU, and foreign embassies.