KF-VUB Korea Chair moved to a new website! Hosted by the Centre for Security, Diplomacy and Strategy (CSDS) of the VUB Brussels School of Governance, visit us here to keep up to date with the Chair’s latest activities. Please note this website will no longer be updated.

KF-VUB Korea Chair is hosted at the Centre for Security, Diplomacy and Strategy (CSDS) of the Brussels School of Governance (BSOG). It is the primary contact point in Europe on policy issues related to Korea and the Korean Peninsula.

A joint initiative between the Korea Foundation and Vrije Universiteit Brussel (VUB), the Chair plays a strategic role in furthering Europe-Korea relations. It builds links between Europe and Korea through a number of activities and partnerships, and contributes actively to increasing the possibilities for their future cooperation on bilateral, regional and global levels.

The KF-VUB Korea Chair was launched in Brussels in October 2017 and in Seoul in May 2018. It acts as an independent platform in Brussels and across Europe to advance academically rigorous and informed discussions on policy questions that are of relevance to the Republic of Korea and Europe. It conducts policy research and discussions on a wide range of areas, with special focus on the security of the Korean Peninsula, EU-ROK relations and South Korea’s foreign policy.

The Chair holder is Dr. Ramon Pacheco Pardo who is also Professor of International Relations at King’s College London.

Read our publications
We publish Explainers following impactful events on the Korean Peninsula and contribute to CSDS policy briefs.

Listen to our podcasts
We regularly host guests ranging from experts to journalists.

View our events
We organise events in Brussels and across Europe, as well as in the US and South Korea.

The Europe Korea Expert Panel
A network of leading Europe-based experts on Korean and Northeast Asian affairs which highlights European views on developments in the Korean Peninsula.

The EU’s Indo-Pacific Strategy: Prospects for Cooperation with South Korea 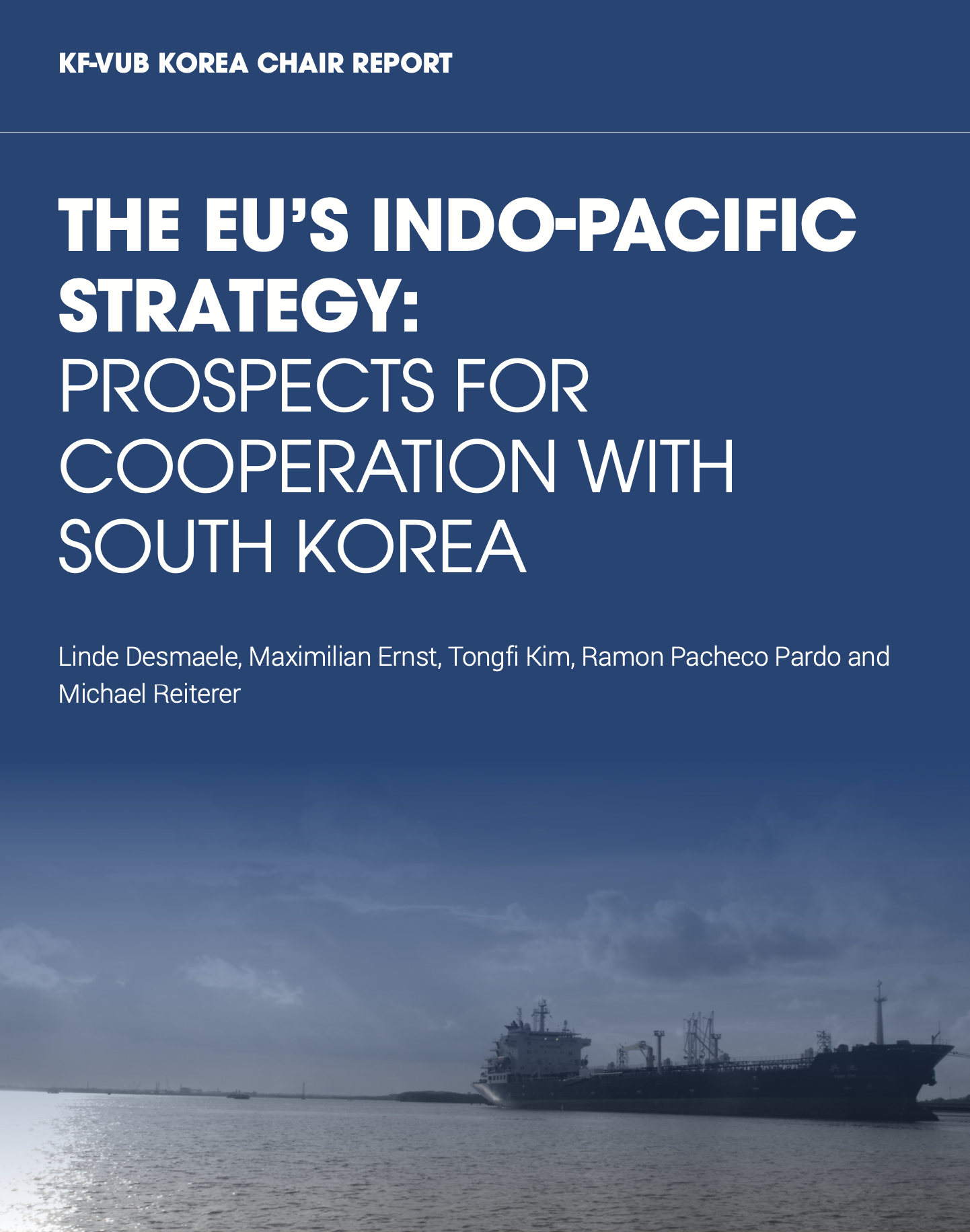 The European Union formally presented its long-awaited Indo-Pacific Strategy in September 2021. As the successful implementation of the strategy depends on constructive cooperation with its partners in the region, this report seeks to understand the potential role of South Korea in this regard. Building upon a comparative analysis of the EU’s Indo-Pacific Strategy and South Korea’s New Southern Policy (Plus), this report identifies four potential areas for increasing cooperation: health, physical connectivity, digital connectivity and maritime security. Read more… 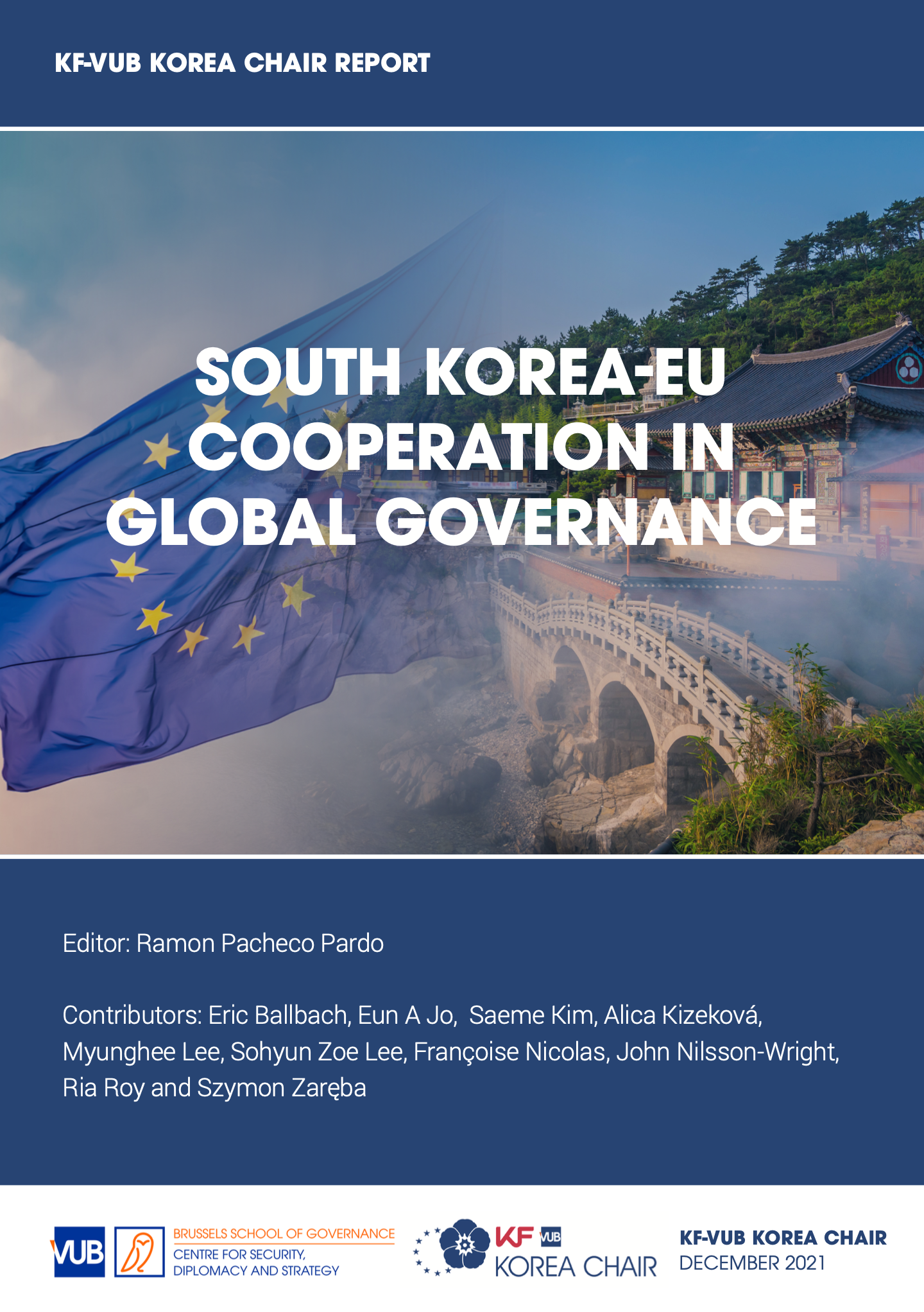 Having already celebrated the tenth anniversary of their strategic partnership, with growing bilateral cooperation, and in a post-COVID-19 pandemic environment, the time has come for South Korea and the EU to establish systematic cooperation in global governance. It is in this context that this reports presents an analysis of areas of potential cooperation and actionable recommendations in five universal issue-areas which can only be effectively addressed multilaterally: democracy, health, human rights, human security, and trade. Read more… 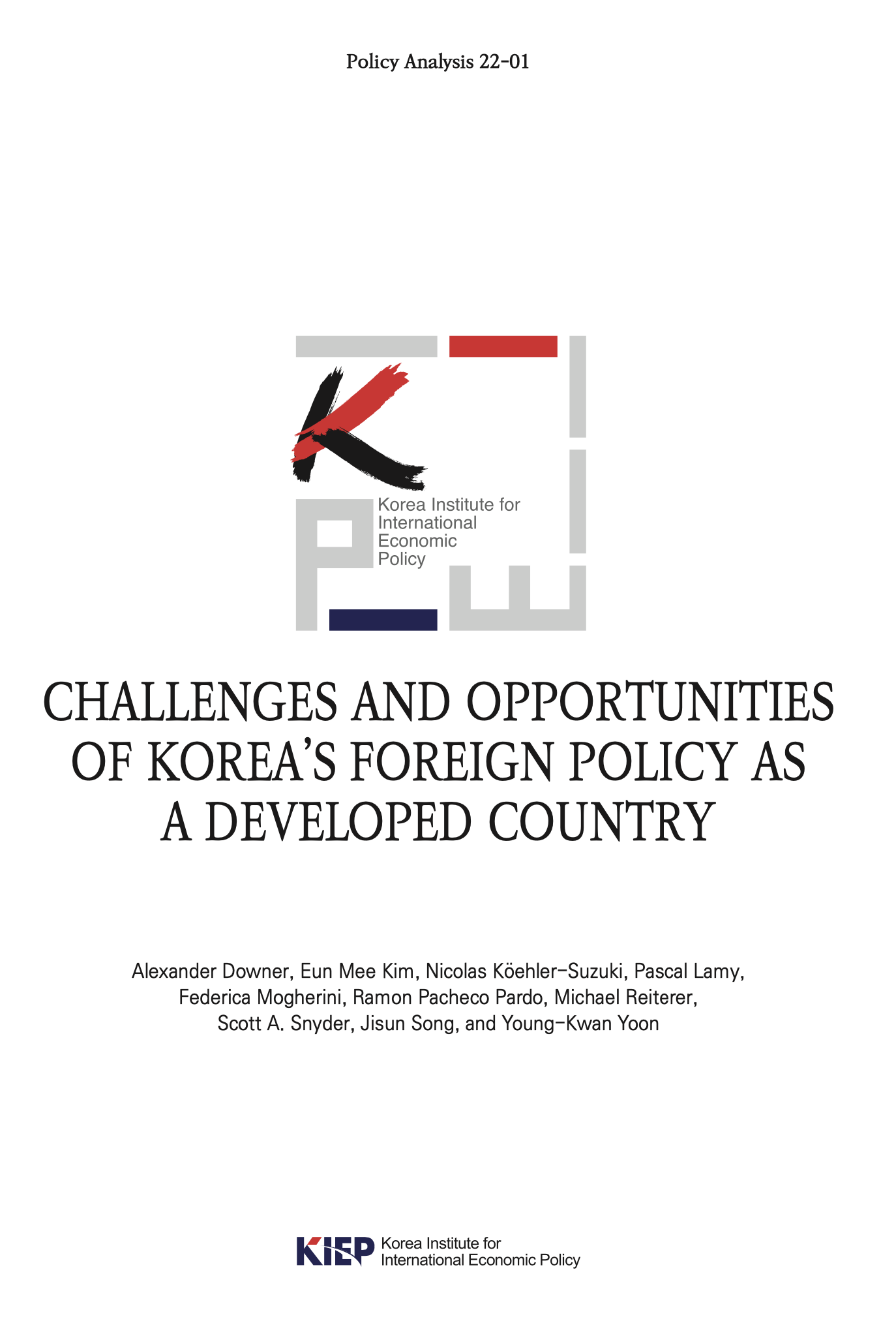 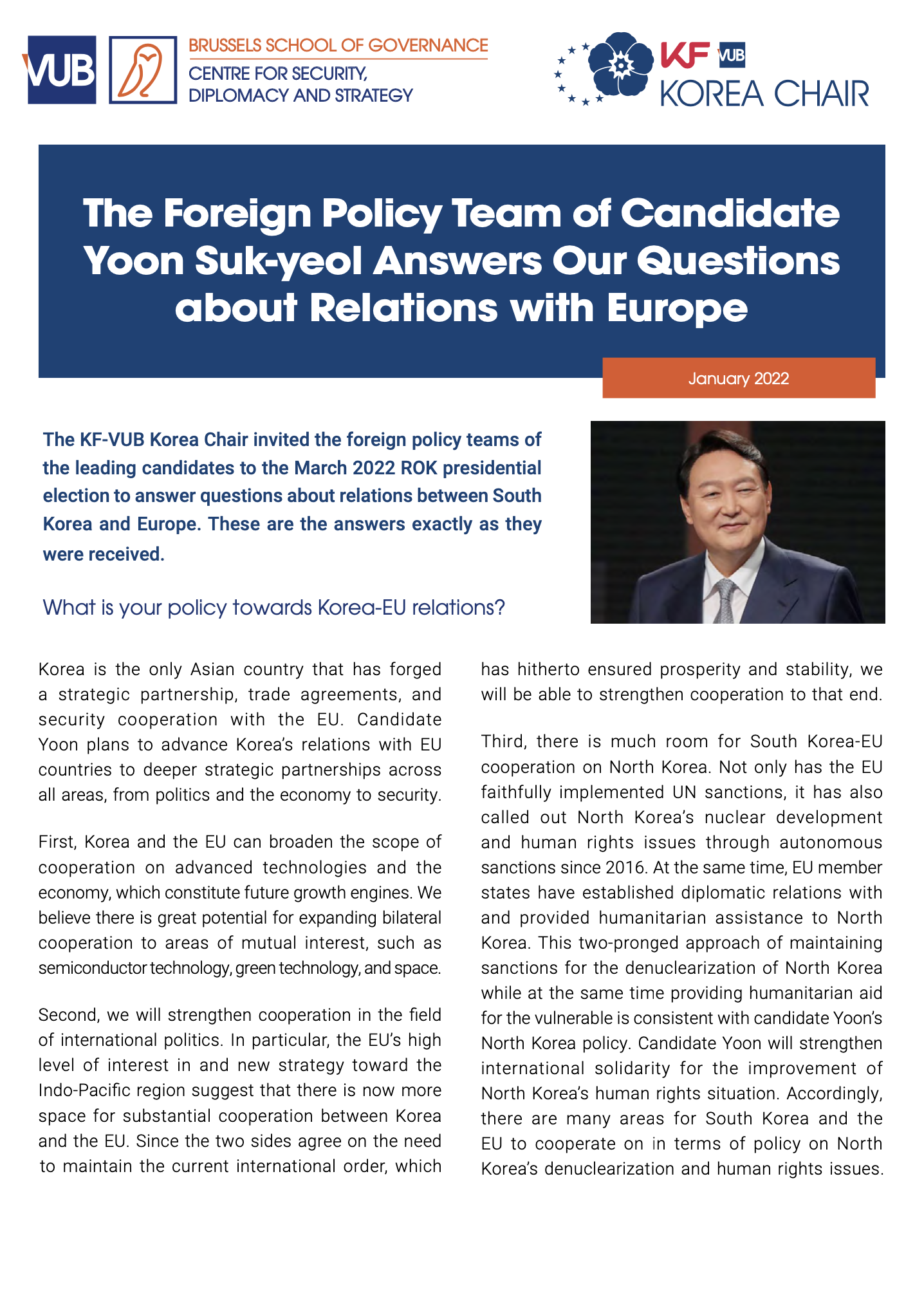 KF-VUB Korea Chair asked the foreign policy teams of the candidates of the two leading South Korean parties to answer four questions about relations between South Korea and Europe. These are the answers from the team of Candidate Yoon Suk-yeol exactly as they were received. Read more… 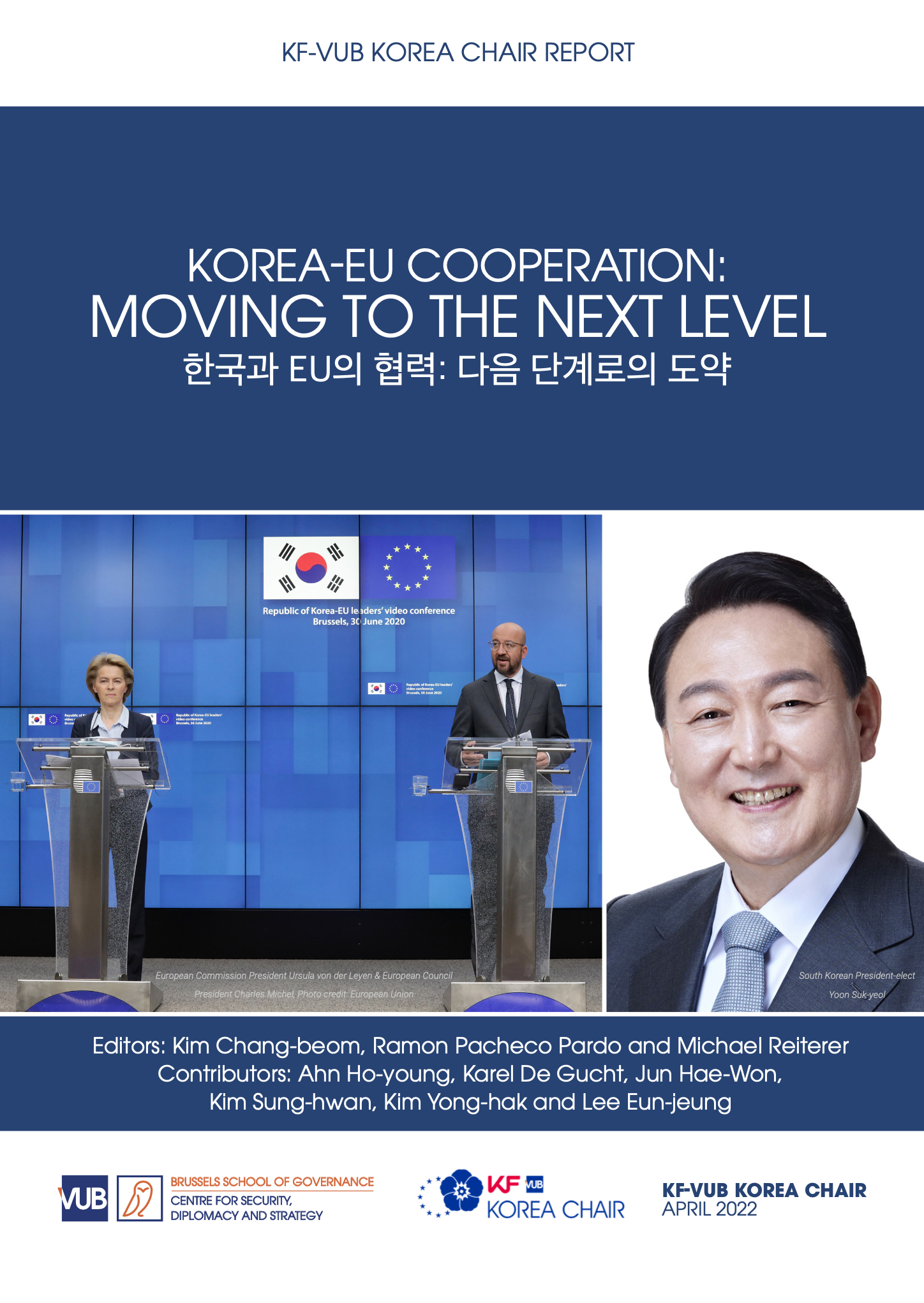 Korea-EU Cooperation: Moving to the Next Level

The time has come to move relations to the next level. The inauguration of new ROK President Yoon Suk-yeol offers the opportunity to build on the successes of previous administrations, both conservative and liberal, and make the South Korea–EU relations a model that other bilateral partnerships could aspire to achieve. This report aims at initiating a positive reflection process within the new South Korean government and EU institutions to boost bilateral political, economic, and security cooperation. Korean and European experts with experience in politics, think tanks, and academia make the case in this report for closer South Korea–EU cooperation in analysing common interests in four areas: green strategic partnership, digital cooperation, FTA modernisation, and geopolitical challenges. Read more… 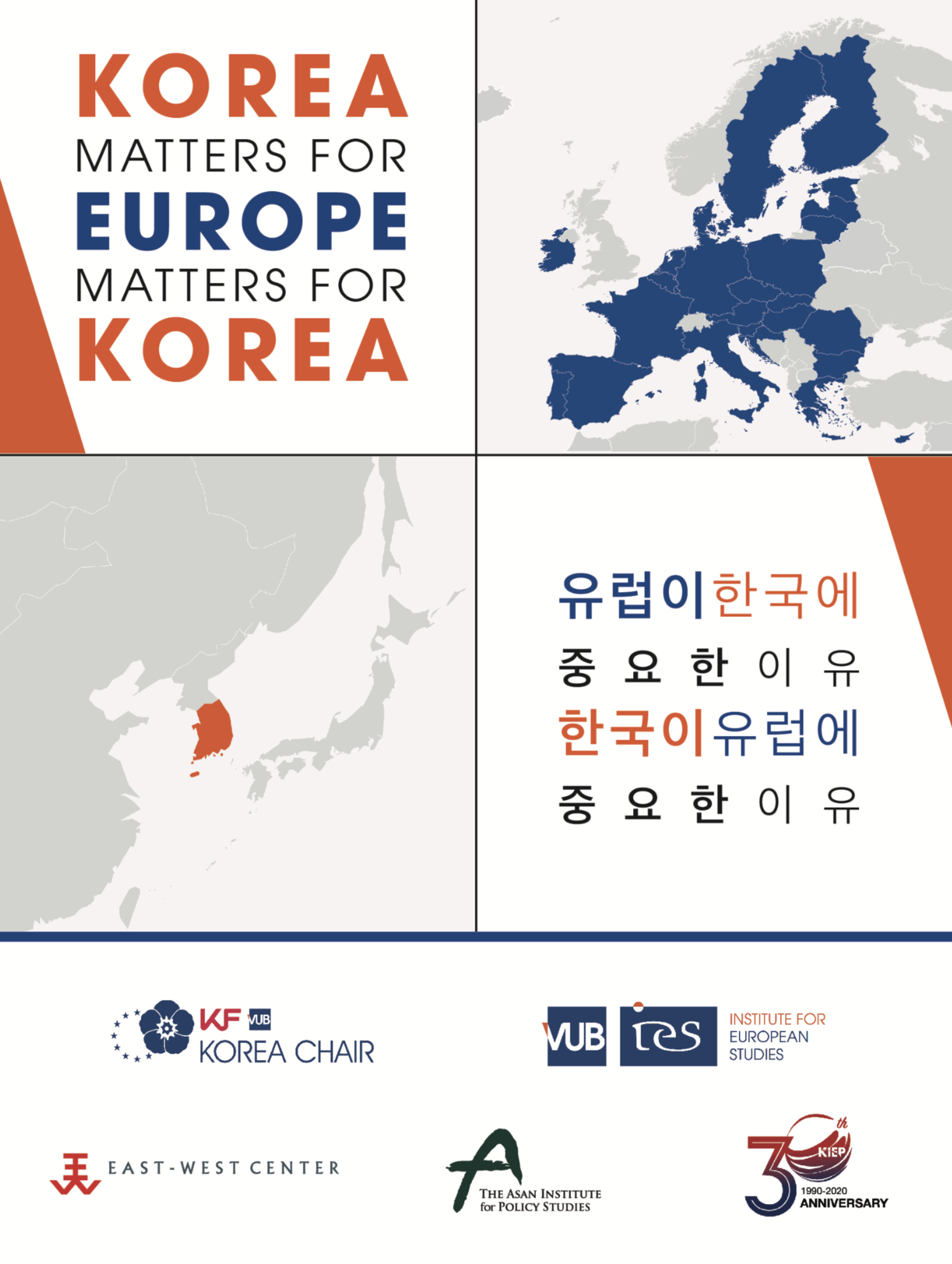 This publication maps the relationship between the Republic of Korea and the European Union’s 27 Member States. Covering a diverse range of topics including security, trade, investment, educational exchange and cultural connections,  the importance of the Korea-EU relationship is highlighted. The publication provides English and Korean readers with a snap shot take on these issue-areas. Read more…